19th February 2020
Fairdeal Group is the first member ever from the Arabic area to join Euroshore. Euroshore gather a record of 36 members in 17 countries.
Fairdeal Group was founded in 1978 by the late Cpt Michael Sarros a Master Mariner who has been involved in ship-owning activities since 1973. Headed by Mr. Nick Bafaloukos, the Group is active today in four major fields, shipping, environmental services, oil trading plus bunkering and marine services. 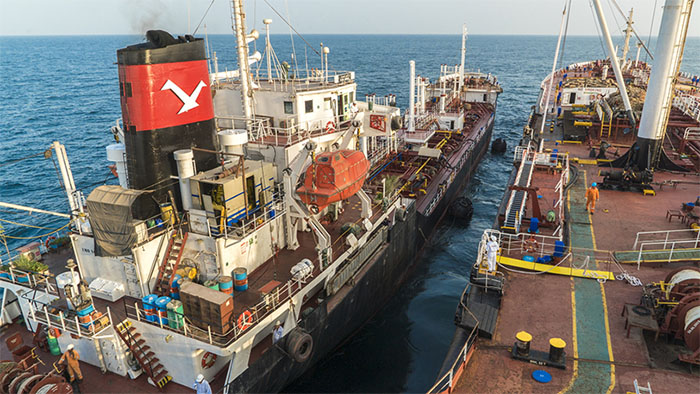 From its inception, the Group has been active in shipping and activities relating to the protection of the marine environment both in the field of Marine Pollution Prevention and Oil Spill Response after the occurrence of an oil spill.

In 1983, Vera Shipping participated in the first Greek tender for the establishment of a reception facility as per MARPOL 73/78. With its unique concept of operating a floating reception facility rather than a shore based facility, Vera was awarded a ten year exclusive contract to receive all Marpol related wastes in the port of Piraeus. The idea of converting an existing tanker into a reception and treatment facility was a progressive idea, which was based on Cpt Sarros’ seagoing experience onboard tanker vessels, together with the technical expertise of his team at the time. The first ever reception and treatment facility was born the M/T Delta. During these ten years, the company received wastes from more than 27,000 ships.

In 1985, the Group was invited by the Government of Fujairah in the United Arab Emirates, to establish a similar facility in the region. The Group established Fairdeal Marine Services in Fujairah, UAE, and converted a second tanker the M/T Abu Ahmad, which was inaugurated as a floating facility in the middle of 1985.

In 1993, the Group was awarded “The Clean Seas International Award” Silver Medal by Medserv under the auspices of the United Nations Environmental Programme (UNEP) Mediterranean Action Plan, supported by the Mediterranean Centre for Marine Contamination Hazards, for efforts relating to the preservation of a clean marine environment.

The Group, in its constant effort to promote and develop the means and equipment offered for oil spill response, has selected a multi-purpose and highly effective design for a self-powered skimming vessel. In 1993, the Company placed an order for a series of ten new building skimmers, which have been suitably converted into custom-made units, generally referred to as the Fair Wave type.

Today, 35 years since its establishment in UAE, Fairdeal Marine Services operate the largest privately held Oil Spill response centre in the Gulf. The centre is licensed by the UAE government and the regional authority MEMAC. FMS is the main Oil spill response contractor of most of the oil terminals in Fujairah and other Emirates. FMS provides HNS response plus consultancy and training to various companies. […]

[FMS]… has invested in innovative environmental technologies in collaboration with ZEOLOGIC SA, a company specialized in the waste treatment processes based on nanotechnology, under the scientific guidance of Michael Psaromichalakis, 30 year experienced chemical engineer, former Chairman of Euroshore.

Psaromichalakis stated: “Οur treatment method is an innovative one for wastewater and solids. The success of GCS Method relies on the foundations of nanomechanics, achieving treatment of the pollutant load, in nanoscale level. The above mentioned approach ensures the method’s application on a wide range of waste, such as liquid and solid, dangerous or not, with the optimal result.”