On 11th December the European Commission presented the European Green Deal “transforming the EU’s economy for a sustainable future”. This communication presents an initial roadmap of the key policies and measures needed to achieve the objective of Europe being the first carbon neutral continent by 2050. 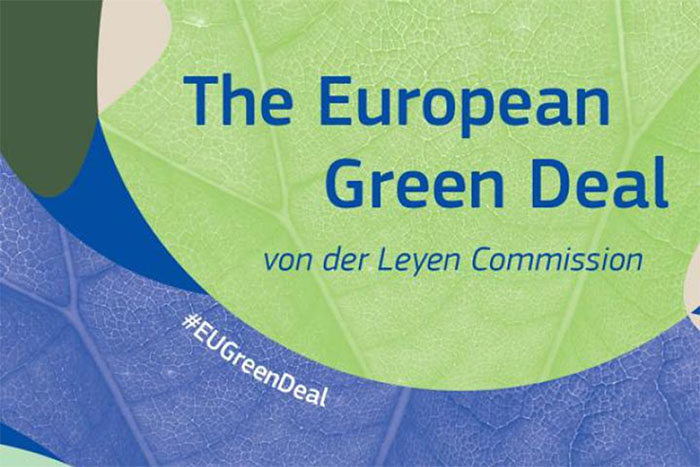 This initiative has been commented everywhere in the press. Please find the link to the full text here. On 15thJanuary an extraordinary session of the European Parliament in Strasbourg endorsed the document, “pushing for even higher ambitions”.

MEPs support the European Green Deal, but highlight challenges, including ensuring a just and inclusive transition and the need for high interim targets.

Speed up reduction of greenhouse-gas emissions

Parliament wants the upcoming Climate Law to include higher ambitions for the EU’s 2030 goal of emissions reductions (55% in 2030 compared to 1990, instead of “at least 50% towards 55%”, as proposed by the Commission). The EU should adopt these targets well in advance of the UN climate change conference in November, MEPs say. They also want an interim target for 2040 to ensure the EU is on track to reach climate neutrality in 2050.

To prevent carbon leakage due to differences in climate ambition worldwide, Parliament calls for a WTO-compliant carbon border adjustment mechanism.

MEPs stress that they will amend any legislative proposals to meet the objectives of the Green Deal. Higher targets for energy efficiency and renewable energy, including binding national targets for each member state for the latter, and a revision of other pieces of EU legislation in the field of climate and energy are needed by June 2021, they add.

The resolution was adopted with 482 votes for, 136 against and 95 abstentions.

Spring should be productive in proposals with the European Climate Law, enshrining the 2050 climate neutrality objective, the EU Industrial Strategy, the new Circular Economy Action Plan and the EU Biodiversity Strategy for 2030. The already foreseen revision of the Waste Shipment Regulation 1013/2006 will be done in light of the Green Deal.

Find this article on the website of the European Parliament, here.