US logistics specialist says no to scrubbers

US-based logistic service provider and SeaTrade subsidiary Hudson Shipping Lines (“Hudson”) has announced as part of its ongoing ‘green’ initiatives, that following the implementation of the IMO2020 sulphur cap on January 1, 2020, it will not employ vessels with scrubbers installed for the purpose of meeting the new IMO standards. 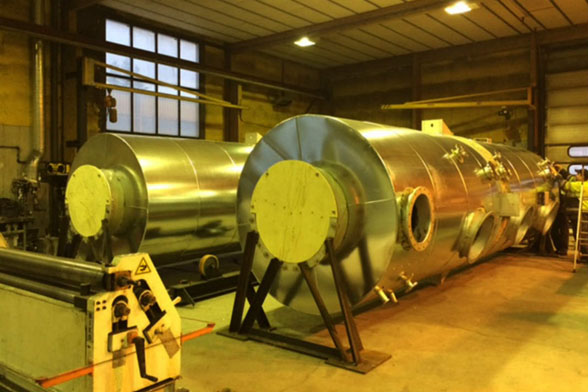 Company President Avi Eilon stated, “We have thoroughly investigated the use and operation of exhaust gas scrubbers and have found that they simply transfer the pollution produced by vessels from the air to the ocean.” Eilon also noted that the use of these scrubbers to allow vessels to continue to burn the dirtiest forms of fuel, high-sulphur fuel oils, violates the spirit and intention of the IMO’s new fuel regulations.

Rather than employ vessels that use ocean polluting scrubbers (which require the use of additional harsh chemical additives to work - further polluting the environment), Hudson has said in a statement that it will instead set an example for other companies in the maritime industry by exclusively burning fuels that comply with the IMO2020 regulations.

These new regulations give our industry a chance to improve its impact on the environment, and Hudson is going to be a leader for the industry in moving to cleaner burning fuels”, said Eilon. It is hoped that if more companies join Hudson in using fuels that comply with the global sulphur cap that many countries and areas near the busiest shipping lanes will see significant reductions in pollution and pollution-related health conditions.

Eilon noted that Hudson is looking to join and support organisations that promote the use of sulphur cap-compliant fuels and encourage ship owners to move away from ocean-polluting scrubber technologies.

The move by Hudson is one that several shipowners have taken, but in some cases have later reversed. Supporters of scrubbers point to increasing demand by customers and charterers and to reports such as that by CE Delft which do not bear out the ‘shifting pollution to the sea’ narrative.