The European Commission and European Union (EU) member states, including the United-Kingdom, have submitted a proposal to modify shipping’s existing reporting mechanisms to enable the enforcement of the International Maritime Organization’s (IMO) 2020 Sulphur Regulation. 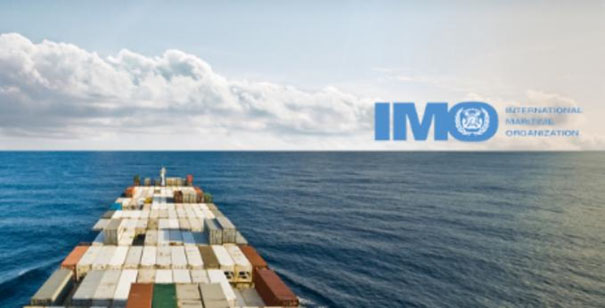 The European Commission and European Union (EU) member states, including the United-Kingdom, have submitted a proposal to modify shipping’s existing reporting mechanisms to enable the enforcement of the International Maritime Organization’s (IMO) 2020 Sulphur Regulation.

The proposal will be debated at next month’s meeting of the Marine Environment Protection Committee (MEPC) of the IMO, which is scheduled to be held at the organization’s headquarters in London on 13-17 May.

The EU proposal is to utilize the existing processes used by the IMO’s Global Integrated Shipping Information System to collect data on fuel availability and quality, including the sulphur content of the fuel.

“The current obligation for administrations to report on availability could be made more effective by requiring testing agencies to contribute to the monitoring program by providing information not just about the sulphur content but also about the ports, dates and quantity of the fuel oils supplied. Such information should be provided on a more regular basis, for example, quarterly in the first year and then bi-annually for the duration of the collection period,” according to the European submission, that has been submitted to the MEPC in advance of its 74th meeting.

Reporting of data would take place for a period of three to five years and would be accomplished through the expansion of the current reporting process provided by companies based on the testing of fuels supplied to ships. The EU said results of the monitoring program reported to the IMO committee in 2017 were based on 141,175 fuel samples, totalling 121.429 million tonnes of fuel supplied to ships. Of these samples 72,286, 12.2 million tonnes were distillate fuels, or between 25 and 35 percent of all deliveries.

“Only 0.33 percent of the tested residual fuel oils exceeded 3.50 percent sulphur, the current global limit, down from 0.53 percent in 2016,” said the report.

However, the Europeans want to modify the process currently in use to test for the quality of fuels and in particular to report testing data from specialist testing institutions. A reporting template would “ensure uniform and unambiguous provision of quality data focusing on deviation from required specifications affecting the handling and usability of the fuel oil by ships,” said the European submission.

Observers have noted that one method to reduce the costs of the Sulphur Cap is simple non-compliance. In this scenario rogue operators would simply continue to burn high-sulphur heavy fuel oil rather than switching to the more costly distillate or fitting a ship with scrubber technology, risking what they hope will be a small fine. If some owners use this option without risking significant fines when caught, owners that have chosen to comply with the new regulation fear this would put them at a competitive disadvantage.

Therefore, the need to know where and when compliant fuel is available will be crucial to prosecute rogue operators. Some owners believe it is irresponsible for the IMO to implement the regulation without putting a workable enforcement system in place and have sought to delay implementation.

Some jurisdictions are, however, moving to meet their obligations. Denmark announced on 16 April that it will deploy ‘sniffer’ technology in its waters to detect non-compliant operators. UAS Skeldar V-200 drones equipped with sulphur gas sensors developed by the European Maritime Safety Agency are to be deployed along the Great Belt region where large tankers travel to and from the Baltic Sea.

The drones will fly into a vessel’s exhaust gas and analyse the content of the plume.

For ship operators, DNV GL’s Ship Implementation Plan or other similar reference material is a key guidance tool, giving owners guidance on preparing for IMO 2020. However, Nyhus added that some uncertainties remain – particularly in the areas of fuel availability and pricing there is “uncertainty and volatility.”

Nyhus added, “Oil majors are saying that fuel will be available, but they are not saying in what quantities or at what price point. That is of course because these are commercial decisions.”

In some instances, oil majors have claimed that European competition regulations are preventing them from giving out pricing and quantity information, a view that Nyhus indicated he did not share. Christian Lelong, formerly an analyst with Goldman Sachs, has looked at the market and aside from the two main choices for owners to meet the IMO 2020 regulations (either to use distillate fuel or fit scrubbers), gas power is only really cost-effective for new ships.

There are a number of options for refineries, however. In Lelong’s analysis of the refining industry he argues that oil companies have a choice – they can use their increased capacity to refine more distillate, optimize feedstocks for coking plants and the power sector, increase the amount of crude they use or adjust the balance in production between gasoline and distillate.

In mid-2018 Lelong explained that refiners have a great deal of capacity about to enter the market, because fuel oil consumption is declining, so declining demand will see spare capacity. “This means refiners can produce less high sulphur fuel and more low sulphur fuel at no extra cost,” he said. In addition, some of the low sulphur fuel currently produced is being used by the power sector. “From 2020 that will be the wrong choice of course,” said Lelong. Instead, the power stations, many of which have land-based scrubbers already fitted, will opt for the high sulphur option, leaving the more costly low sulphur fuel for shipping.

Lelong predicts that optimization of fuel flows will mean that low sulphur fuel will be available and the cost for this fuel will decline over time after 2020. He also predicts the need for increased oil production is likely to be modest.

WHAT THE EXPERTS OF EUROSHORE SAY:

The IMO 2020 Sulphur Cap will contribute significantly to the improvement of the air quality, especially in coastal areas. Up till now, ships use Heavy Fuel Oil (HFO) with an average of ca 2.5% Sulphur. These fuels contribute to the high percentage of particulate matter in the air (near the coast and in the ports) and these sulphuric fuels contribute to acidification of forests. According to several scientific studies, air quality problems causes the death of thousands of people every year.

Using open loop scrubbers in combination with high sulphur will contribute to a better air quality by washing out most of the pollutants out of the exhaust gasses. The sulphur will react with the seawater to sulphuric acid. But, exhaust gas cleaning systems with no after treatment will, on the other hand, contribute to the acidification of coastal waters. Due to the significant presence of heavy metals in the HFO, these heavy metals will be discharged in the sea, river or port as well. An increase of the pH of seawater will stimulate algae growth, reduce the oxygen content and will impact the biodiversity. The presence of heavy metals and other pollutants in the effluent will impact the quality of the dredged sediments and will create as such extra costs for the ports.

Therefore, Euroshore pleads for a stop of the use of open loop scrubbers in coastal and shallow waters. It pleads for the delivery of the effluent of exhaust gas cleaning systems to port reception facilities that handle such residues in a professional way.