Started in 2017 by Cerema, CITEPA and INERIS*, the French 2018 study results point out economic, health and environmental cost-benefits obtainable by the installation of an ECA in the Mediterranean Sea. The report highlights particulate matter can be reduced by up to 20%,  nitrogen dioxide (NO2) levels by up to 76%, and SO2 by 77 %, and in port areas even by 100 %.

The declaration of the Mediterranean Sea as an ECA, estimated to cost about 1,67 billion euro, would lead to  8 to 14 billion euro in reduced health costs per year and more than 6,000 lives saved every year. 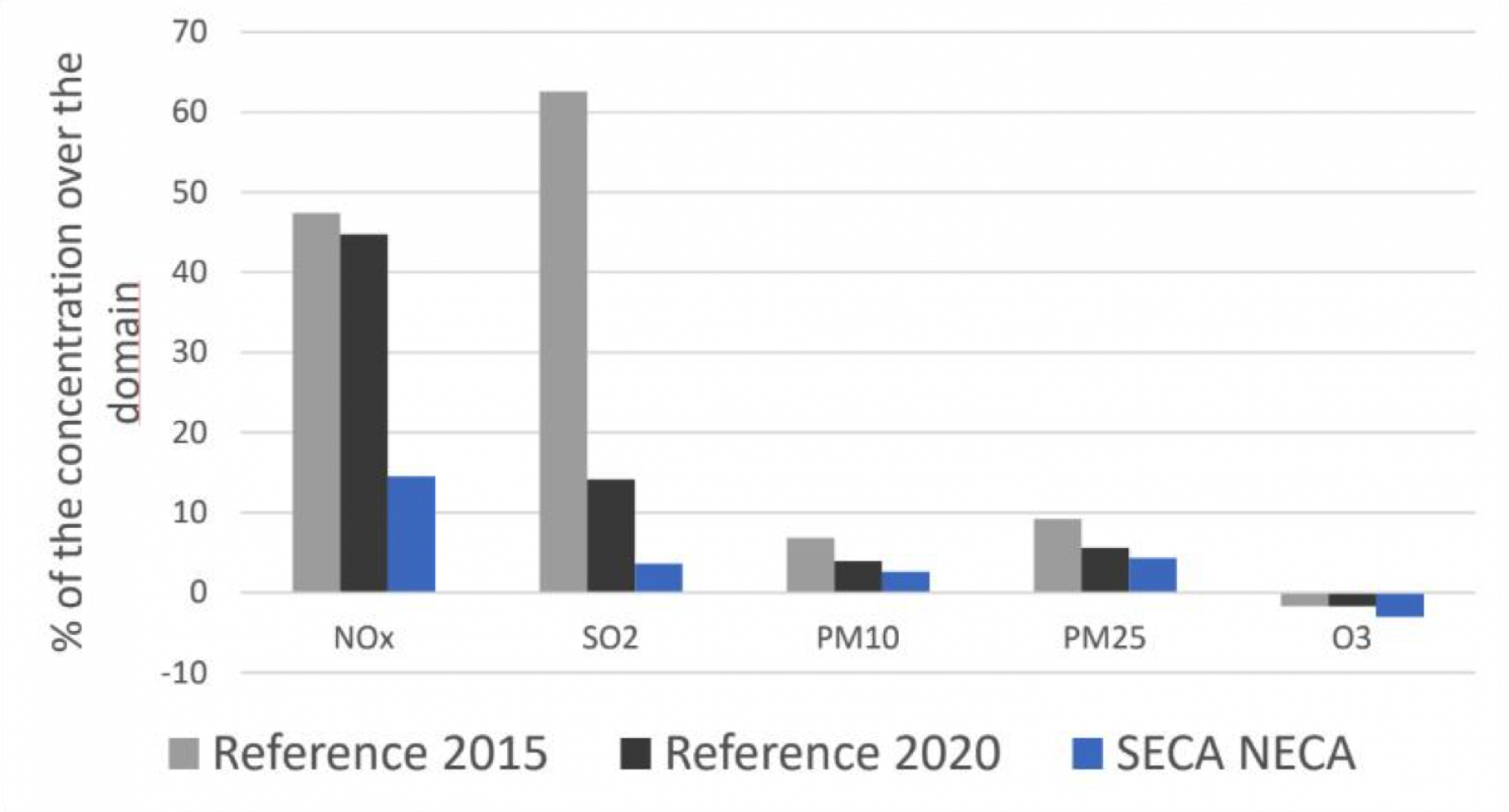 Source: INERIS, 2018 The report shows the extent of emission reduction for different air pollutants on a country by country level and even includes more detailed analysis for several coastal cities.

Shipping air pollution is estimated to stand for up to 40 % of Mediterranean costal city air pollution. It represents a significant threat for human health, environment and climate. The main reason of this pollution is the use of a heavy fuel oil, highly charged in sulphur that emits black carbon, heavy metals, fine particulates (primary and secondary), and sulphur dioxide. Furthermore, as pollutants are carried over long distances, it is not only the inhabitants of littoral zones but also the population in the hinterland who are subject to respiratory issues as well as inflammations, cardio vascular diseases. Shipping emissions cause 50,000 premature deaths per year and cost 60 billion Euros only in health costs per year in the whole EU.

“A combined sulphur and nitrogen emission control area will have the greatest effect for the people living in the coastal areas. If governments cooperate well such a regulation could come into effect as early as 2022. Now that there is clear evidence for significant socio-economic benefits, there is no excuse to further postpone an implementation. Any delay let people suffer longer than necessary and that is not acceptable at all,” commented Beate Klünder, transport policy officer at the German environmental organisation NABU*.