European Ship owners, became clear when first Maersk and a few days later the European Community Ship owners’ Association (ECSA) joined Maersk in calling for the re-inclusion of shipping in the COP21 climate deal, a legally binding and comprehensive agreement to combat climate change and to keep the increase in global temperature below 1.5/2 degrees.

This means that all sectors of the global economy must reduce their greenhouse gas (GHG) emissions by 40 to 70% compared to 2010 levels. The shipping sector is exempted from targeted CO2 emissions. This is in a sense “strange” because CO2 emissions from this sector are set to quadruple by 2050, which would then represent between 6% and 14% of total global emissions (see graph).

To achieve the 1.5/2 degrees scenario, international shipping emissions must peak in 2020 and then start to decline sharply (see graph). 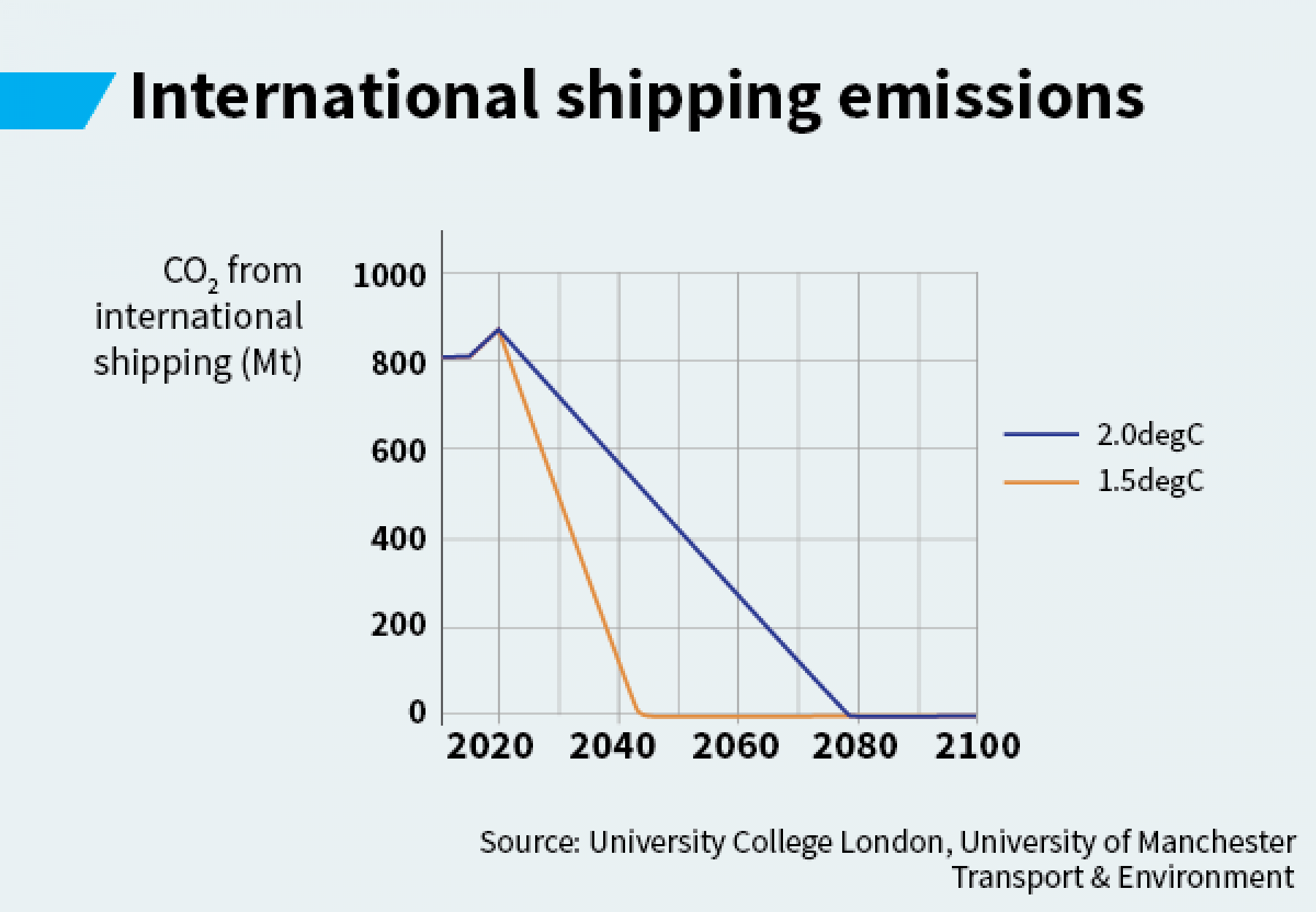 ECSA called for “a clear signal” to IMO member states to “act decisively in order to further regulate CO2 emissions from ships on a global level,” Secretary General Patrick Verhoeven said. The IMO has fallen way short of delivering meaningful measures to reduce emissions from the sector.  The issue “remains firmly on its agenda and will be considered again at the meeting of the IMO Marine Environment Protection Committee in April 2016,” according to ECSA.

Explaining note: Paragraph 2.2 of the 1997 Kyoto protocol handed responsibility to limit and reduce international shipping emissions to the UN specialized agency responsible for regulating this sector – the International Maritime Organization (IMO). In the 18 years since then, the IMO did agree a design efficiency standard for new ships which took effect in 2013 but it will take a generation to affect the global fleet and its stringency and effectiveness are under question. Negotiations at the IMO about tracking ship fuel consumption continue while consideration of a global cap was pushed aside as recently as May 2015.